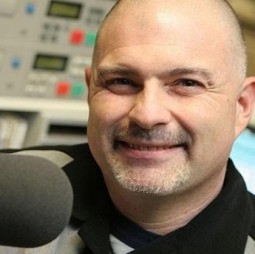 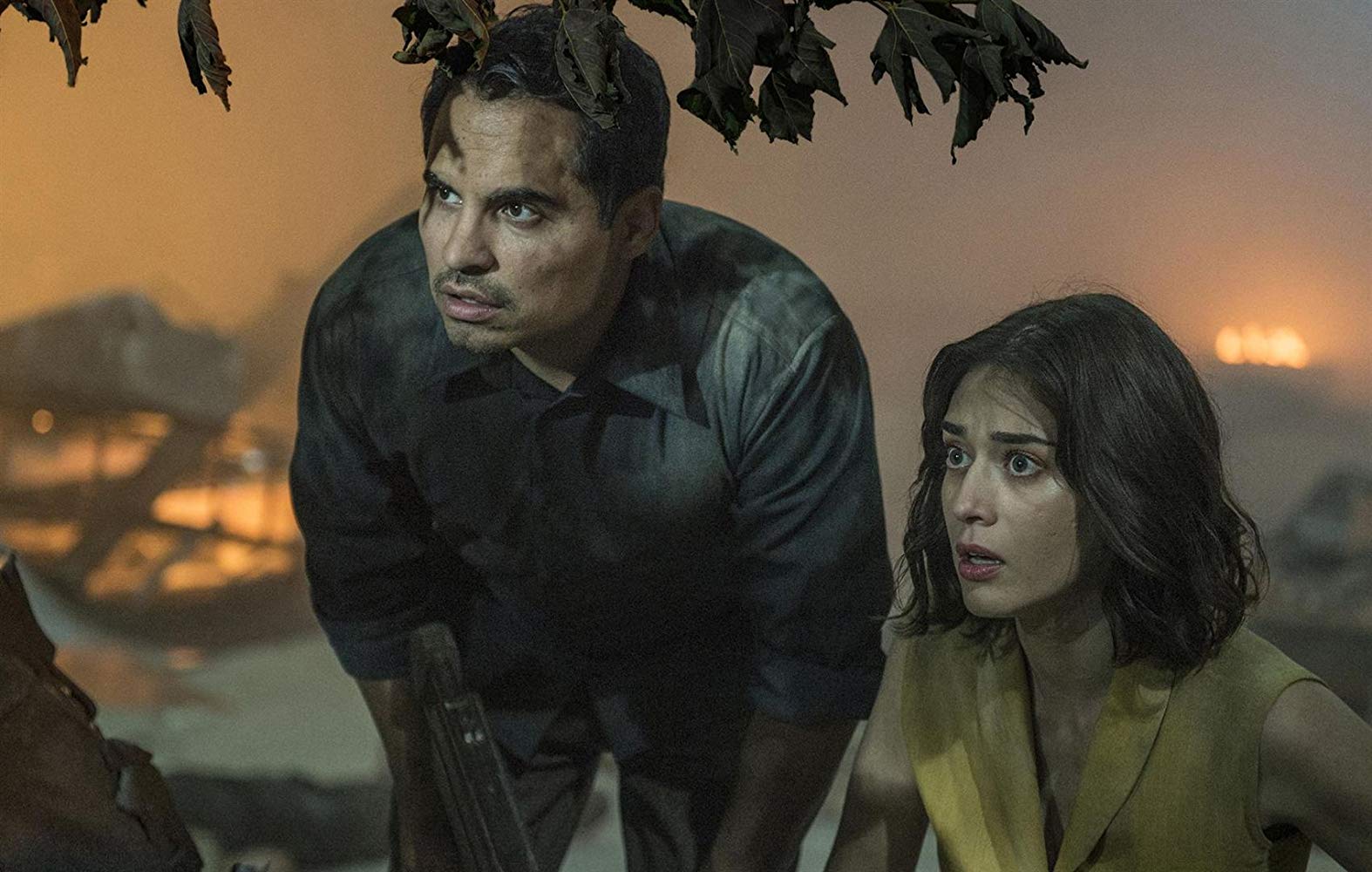 Just about every Sunday afternoon we find a movie on Netflix or On-Demand to watch.  Many times we pick a comfortable classic like the Towering Inferno; often we just pick one based on the stars that we haven’t heard a thing about.

That’s what what happened this past Sunday with Extinction with Libby Caplan and Michael Peña.  We loved Libby in Masters of Sex and Micheal is one of the more under rated actors we like to follow.  I’m also a fan of dystopian apocalyptic films so we gave it a whirl.

Despite several cinematic cliches, the film is pretty basic and Libby should most likely stay away from action movies even if they’re paying big bucks.

In this version of future earth, everyone is even, but alive, they all walk in the crosswalks on the way to work. They have families.  But something is a miss.

Cliche #1
Peter (Peña) is having prophetic nightmares that affect his family and work life.  He’s late to family night, he messes up at work.  Everyone is concerned.

And then the invasion begins.

Cliches #3-5 and the “Big Twist”
Sorry, you might just want to watch this movie and I don’t want to spoil it too much.  But lets just say you’ve seen everyone one of these cliches in any action/sci movie you’ve seen.  The big twist is reveled subtly, so subtly in fact we figured it out with 30 minutes left in the movie.

But it was fun enough and a very pretty movie to watch.  The art direction, costuming and sets were the most deceptive part of the film.  You really thought you were looking a really nice version of future earth  where everyone lives in an apartment with floor to ceiling windows, balconies, quartz countertops and stainless steel appliances.

I think I saw an apartment like Peter’s and Alice’s (Caplan) on Million Dollar Listing NY for like $8.7M.

Should you watch it?  Sure.  Should you get upset if you miss it before it disappears from Netflix? Nah.